Created by film and games FX supremo, Frederic Devanlay, who also produced Zero-G’s Deep Impact and Perception, Cyberstorm is all about future robotic warfare and comes packed with impacts, weapons, voices, soundscapes, drones, movements and more – we caught up with the man himself to find out more…

Hi Fred, what was your background before opening Big Wheels Studio in 1990?
I was born in and continue to live in Paris. I attended music school for three years and I play percussion and keyboard. In 1981, I left home and joined the army for three years then, in the middle of the 1980s, I was in a band which had a new wave influence (Depeche Mode, Soft Cell, New order…). I also recorded and performed live as a musician for various French artists and eventually turned to composing music for TV, commercials, films and progressively I made some sound effects. In the 1990s, I found my way… 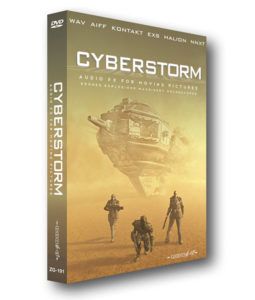 What was your first big project and how did you get that big break?
In terms of video games, my first Big One was “Atlantis 2″ for Cryo. The guy for who I’d made some sound effects (for an educational software) gave me my first experience in video games. I    was   a little stressed to make it! I had to learn everything. Step by step I’ve found the good balance between creation and organisation. At this time I only had Cubase on Atari and a Akaî S900 sampler.

What are your Top 5 projects that you are most proud of and why?
I’ve got a Top 6!
“Splinter Cell Pandora Tomorrow and Double agent”
Because it was one of my favourite games and Ubisoft told me “Hi Fred! Are you free for now?” I said “Sure, for what?” and he told me “Take a breath…

I need you for Splinter Cell Pandora tomorrow” WOW!!! I loved to make future weapons and items. Lot of foleys and suspense feeling.

“Ghost Recon Advanced War Fighters”
Perhaps because I was in the army for 3 years, it was awesome for me to recreate what I felt and heard during this period for a next gen game. Weapons sounds, warfare and chaos atmospheres.
“Dark Messiah”

Because it was a new experience with a medieval and a heroic fantasy world. Make Orcs’ voices, medieval weapons and magical effects.
“Remember Me”
A great experience because the game takes place in a cyber punk neo Paris. Everything had to be created – robots, language, machinery, futurist atmospheres…
“Far Cry 2″
Because I made the vehicle engines, buggies, boats, 4 wheel drive and foleys (item manipulation, gears for the characters…).
“Days of Grace”
A Franco-Mexican production and my first move as sound designer. A great challenge for me because I was coming from the video game industry. I met a good audio team and learned a new approach to sound. I thank them all.

Which has been the most difficult sound design project you’ve worked on and why?
“Splinter Cell Pandora Tomorrow” because I had to make an entire level aboard the French TGV train. Sam Fisher (the hero) could go on the roof top, inside and under the train so I had to create three audio perspectives with the same high speed, different stress mode… noisy, quiet. It was also one of the first games in 5.1 and a great moment for me. There were up to 3000 sound fx for the game!!! 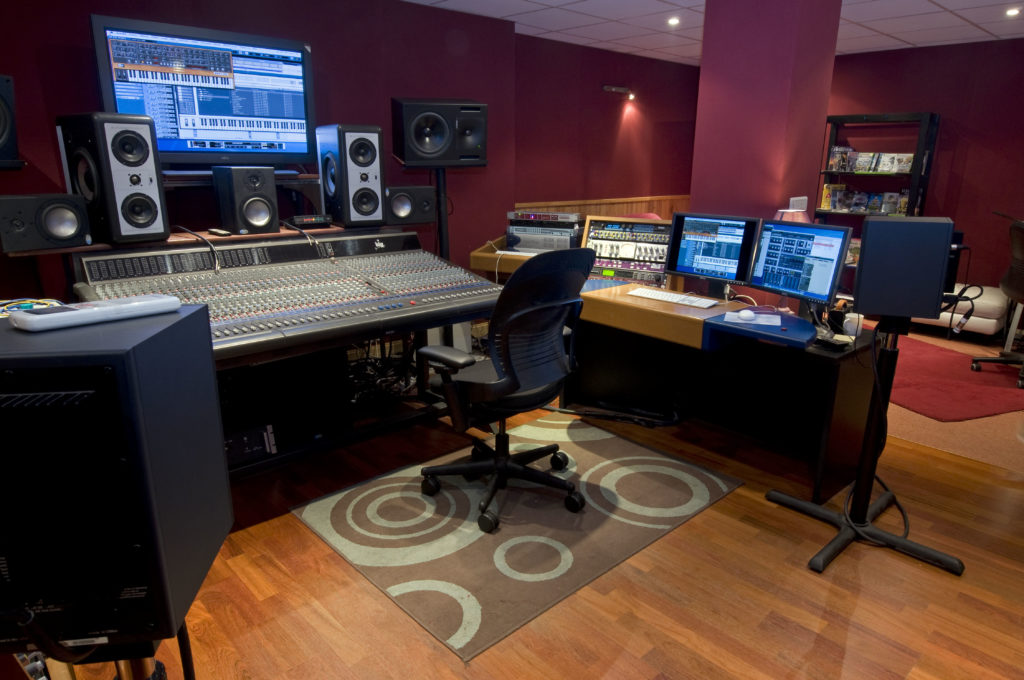 Tell us about your studio, what are the key pieces of hardware and software?
Software : Nuendo, Wavelab, Native Komplete, Moogfilter plugins, Powecore VSS3, Speakerphone…
Hardware  : Nordlead, Bass station, Virus, Bricasti M7 reverb, Moogfooger, H3000, Harmonizer, mics, Amek mixer…
I would also like to take this opportunity to thank Frederic and Jean Marc from Steinberg France who support me and give me these creative tools : Nuendo, Cubase, Wavelab…

What equipment do you take with you for field recordings?

You’ve worked on other Zero-G cinematic sample libraries, what makes Cyberstorm different from these?
I was not only building a background, but also making something alive with drones, robots, machinery etc. This sample library creates a complete universe for a Sci-Fi game or movie.

What inspired you to make the library?
Terminator and Transformers movies and also because I did not find these sound effects in other libraries.

Can you tell us more about the technology you used for the creation of these samples?
I’ve used a lot of synths and samplers for making the robot sounds and home appliance and car servos for drones and morphed with animal sounds. I took a lot of recordings of small engines, hits, mechanisms, metal scrapes, organic textures etc and then afterwards I had to build a coherent mix between synths and recordings to make them credible. The filters and LFO’s gave me the movements and the speed.

Some drum loops and samples used in NI Skanner were great for more powerful weapons and some of the weapons were made with synths like Bass station, Nord Lead and Virus.

Were there any challenges that you faced during the recordings?
Yes – how to make a difference with two robot types, one hi-tech and one more mechanical. If I record this – what I could do with pitch, loop, transpose, morph…
I wanted to try using unlikely objects to give it a different function and try to do what other libraries haven’t and give it my own touch. Finally, I wanted to give everything the user would need to create his own machine.

What are your personal highlights of this library? Have you used any of these sounds in your own work?
All the synth parts and mechanical movements are my personal highlights. You’ll find all the stems and they can be used separately or to make your own mix. And yes, I’ve already used some of the sounds in my work.

Finally, what have you got coming up for the rest of the year?
For now, I’m on R&D for new video games and on Red libraries projects